None of these coloring books are easy to find.  I don't know which I would say is harder to find though.  The 1970's one is definitely very scarce, but none show up regularly on eBay.

This is another hard-to-find BT item.  It is from the 1946 and was published by Perks.  The only other reference I can find to BT items being published by Perks is found in the Orignal Artwork section.  There is an artist proof painting that ended up being used for Goldsmith reprints, but was originally scheduled to be published by Perks.

These pictures came from a listing which was put up by a relative of Mary Perks.  This is what she said:

"The Bobbsey Twins with drawings by Mary and Wallace Stover. The copyright is held by my grandfather John Sherman Bagg and it was published in 1946 by his wife Mary Perks. " 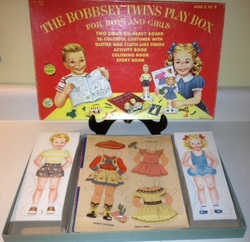 Collector Jim McNamara was kind enough to share these pictures of this very hard-to-find "Play Box" which includes paper dolls and coloring/activity books.  Far scarcer to have paper dolls that are uncut!

This is a very hard to find book (in it's original form that is).  It is now being reproduced (legally) through the link attached to the picture of the cover.  Printed by Samuel Lowe originially.

The other pictures below are courtesy of an eBay auction.  They show that different sets of clothing are based off of titles from the series. 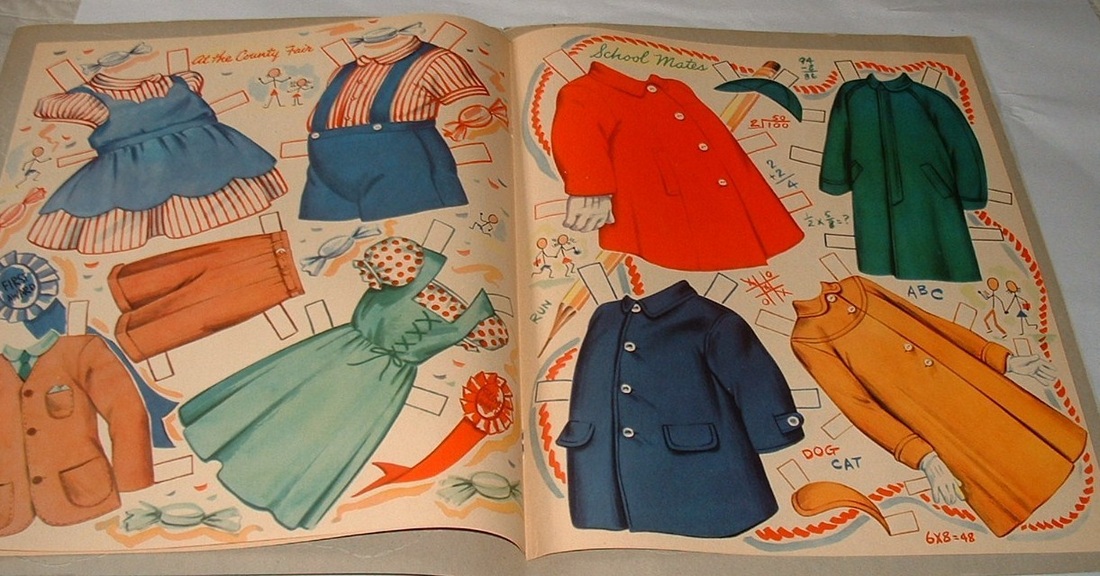 These were listed as Bobbsey Twins paper dolls on eBay, but I have no other confirmation.